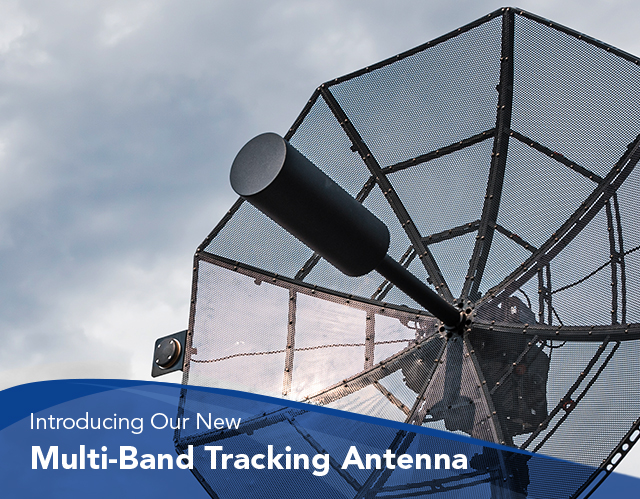 The Multi-Band Tracking Antenna can find and follow aircraft without relying on a satellite-based tracking system like GNSS or GPS. This new capability ensures that connectivity with ISR aircraft can be maintained even when these systems are disrupted, denied, or spoofed.

“This is a game-changer. Now connectivity is maintained even when an enemy is actively denying us access to GPS,” said Ben Wring, Senior Program Engineer at Persistent Systems. “The tracking system remains locked onto the aircraft and mission data continues to flow without disruption.”

The tracking antenna system can now mount two MPU5 MANET radios, each operating on a different radio frequency (RF) band. When encountering interference, the system will automatically utilize the band delivering the maximum performance. This is critical given the threat of electronic warfare (EW) from near-peer adversaries.

“By operating on multiple RF bands, you can communicate through adversarial interference,” added Wring. “Whether they deny GPS or attack our transmission directly, the system will maintain connectivity.”

The Multi-Band Tracking Antenna supports simultaneous use of an MPU5 with a third-party radio. The third-party radio benefits from the tracker’s ability to operate in GPS denied environments and transmits to the platform over the same multi-band antenna feed horn.

“Like its predecessor, the new antenna system is easily deployable and has a range over 120 miles,” Wring said. “The new system is currently shipping to customers, and an upgrade kit is available to customers with the existing antenna kit.”