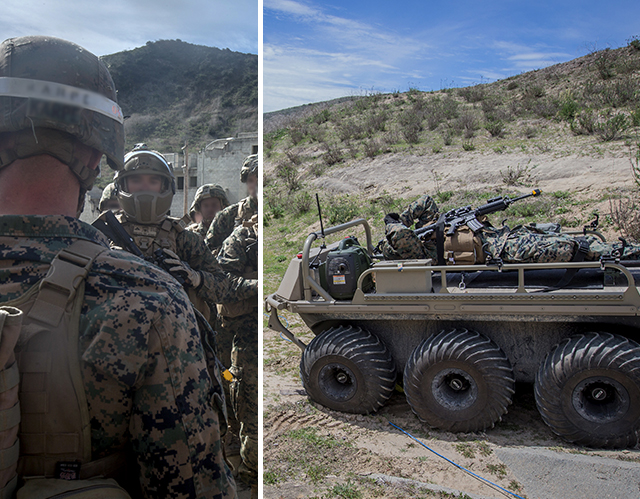 The Android-loaded MPU5 runs a mobile ad hoc networking (MANET) algorithm that allows the radio to transmit and relay voice, video, text and sensor data in a robust, peer-to-peer fashion. In addition, the MPU5 is a 3×3 MIMO radio, enabling it to get superior range in tunnels and urban canyons.

At U5G ANTX, Marines used the MPU5 for communications and situational awareness.

“The exercise focused on how lower echelon units could secure targets in a coastal city setting,” said Jean Wang, director of business development for Persistent Systems, said. “To that end, the Marines needed robust, high-throughput communications while operating in a very challenging, very dynamic battlefield—and that’s what we provided.”

The Second Platoon at U5G ANTX used the MPU5. And despite the radio being taken into tunnels and concrete-and-rebar buildings, the MANET held up, and the Marines were able to communicate with, and send situational awareness data to, their Combat Operations Center (COC).

“We maintained a continuous stream of video and data at 40 Mbps,” Wang said. “And even when the ‘enemy’ attempted to jam our MANET, our situational awareness tracks could still be seen by the COC.”

The MPU5 was able to connect with a legacy Harris PRC-152 radio thanks to Persistent’s radio-over-IP capability. And it used the General Dynamics Multipurpose Unmanned Tactical Transport (MUTT) vehicle in an overwatch position to extend the Second Platoon’s MANET back to the COC.

The MPU5 was also successfully integrated with the:

At U5G ANTX, the Marines worked with dozens of solutions to see which ones could improve their ability to engage in asymmetric warfare. Those technologies that performed well in last month’s exercise might be incorporated in ongoing, increasingly complex exercises in the future.

“We look forward to getting the opportunity to come back for future U5G exercises,” Wang said.