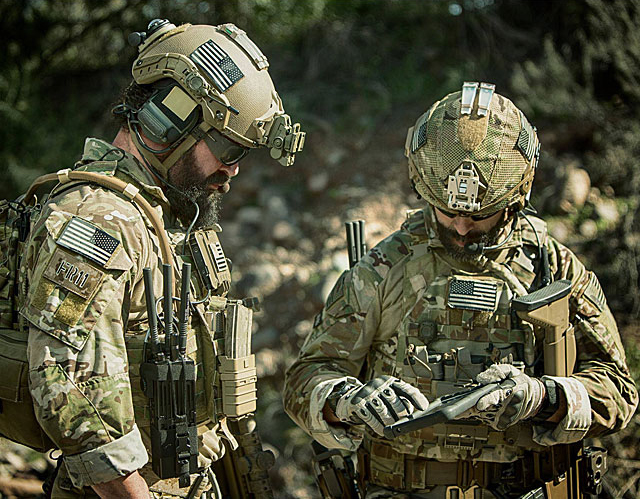 SEE, HEAR, AND COORDINATE YOUR TEAM
Teams equipped with the MPU5 stay connected and able to share critical information as assignments unfold.

Enabling leaders to make better decisions by providing them with better data, faster.

“As spectrum relocation continues, our customers’ investment is protected.”

“Compliance can be achieved by simply swapping the module as opposed to replacing the whole system.”

The US Government alone spends billions of dollars every year migrating their communication systems to new frequency bands as the Federal Spectrum Relocation process auctions off bandwidth to commercial wireless carriers.

Money raised through FCC spectrum auctions is often utilized to provide funding to Federal Agencies who must migrate to new frequencies as they are forced from those that have been auctioned.

However, if Federal communication systems employed a modular frequency architecture, billions of dollars would be saved, and the money could be appropriated for other important initiatives.

Persistent has been advocating for Federal agencies to require a modular frequency architecture in government procurements to future-proof Federal communication systems and reduce the burden on taxpayers.

“Persistent has proven that a modular frequency architecture is possible,” added Naioti.

The government should take notice and require its vendors to offer a better value to the American taxpayer.”

The new Lower C-Band Radio Module will also play a critical role in the Unmanned Ground Robotics (UGV) market, since this frequency band is a requirement for multiple programs of record that are actively being competed.

Persistent, currently the largest provider of communication systems to the UGV market, has been working with many UGV platform providers to ensure that the Lower C-Band Module meets and exceeds all programmatic communication requirements.

“Every bit of range and performance that we can offer directly increases soldier safety, and we designed our modules with this in mind.”
Persistent has already begun accepting orders for the Lower C-band radio module for immediate shipment.

Wave Relay® can transmit and receive data, video, voice and other application data under the most difficult and unpredictable conditions.