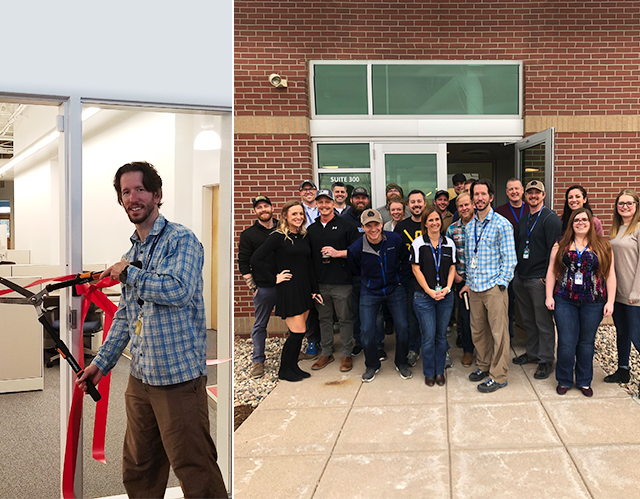 “We have customers in a wide variety of markets,” said Adrien Robenhymer, VP of Business Development at Persistent Systems. “Due to increased demand for the Wave Relay® MANET and associated hardware in areas such as Artificial Intelligence, Cyber Operations, Autonomous Systems, and Command, Control, Computers, Communication, Intelligence, Surveillance and Reconnaissance (C4ISR), we’ve needed to grow our Colorado team.”

The expanded office more than triples the footprint of the existing office at 5042 Technology Pkwy, in Fort Collins, and will grow the employee count to some 65 people.

“It is an exciting time for us to watch the team grow as we rapidly take on more programs and projects. The additional space adds a state-of-the-art training facility, System Integration Labs, a Network Operation Center and collaboration spaces,” Robenhymer said.

The space is in a rapidly growing technical sector of northern Colorado. With neighbors like Intel, HP, AMD, and Broadcom, the area mixes a top technical hub with an outdoorsy, family-friendly, and craft beer environment.