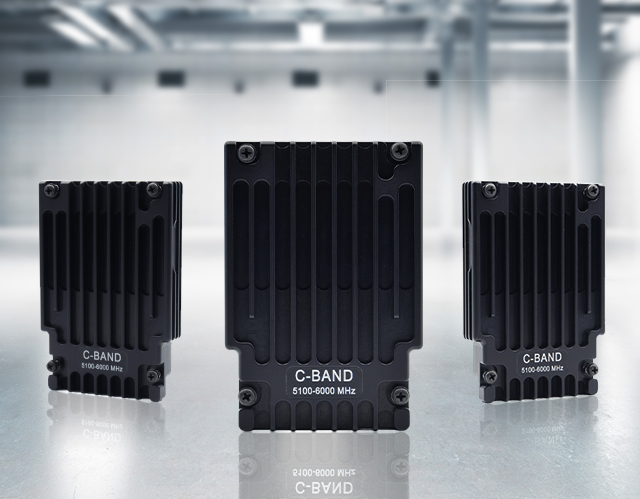 The new 5.1 to 5.9 GHz radio module, which is certified for unlicensed use in the Industrial, Scientific, and Medical (ISM) Band, will enable MPU5 users, both in the United States and around the world, to leverage the MANET for a variety of commercial applications, including:

“To meet the needs of commercial operators, we already offer a FCC certified 2.4 GHz ISM (S-Band) module for the MPU5,” said Adrien Robenhymer, VP of Business Development for Persistent Systems. “Now, the Upper C-Band extends that capability into the 5 GHz ISM band, which is significantly less crowded than 2.4 GHz ISM, enabling higher performance around the world.”

Persistent Systems is a leader in providing communication systems for unmanned vehicles in the defense market. With its new Upper C-Band module, it is now well-positioned to extend its product offerings deeper into the commercial markets.

“We see a huge opportunity to expand the MPU5’s presence further into the commercial sector,” Robenhymer said. “MANET can provide a huge benefit to commercial customers in the growing M2M market, especially as agricultural and mining applications for unmanned vehicles have been expanding.”

He adds that Persistent is currently in talks with several large industrial vehicle manufacturers, which have been looking for precisely those sorts of solutions.

Defense customers have also shown interest in the module as it provides the ability to operate in an unlicensed band, simplifying spectrum coordination. It also allows Defense customers to blend in unnoticed in large cities where 5 GHz commercial operation is quite common. Defense, International, and Licensed customers are also able to take advantage of the radio modules 4W average transmission power, where permitted. This enables extremely long range and high throughput in the 5 GHz band.

Persistent remains committed to the modular radio architecture of the MPU5 and this Upper C-Band module is the fourth frequency module offering for the MPU5 Smart Radio. Customers can be confident when purchasing MPU5 systems, that they can operate the systems legally and effectively around the world. As spectrum relations continue to evolve around the world, that their MPU5 systems can easily be moved to new frequency bands. Both frequency modularity and upgradeability are important characteristics to our customers.

“We are ready to accept orders for the 5 GHz ISM radio module,” Robenhymer said.