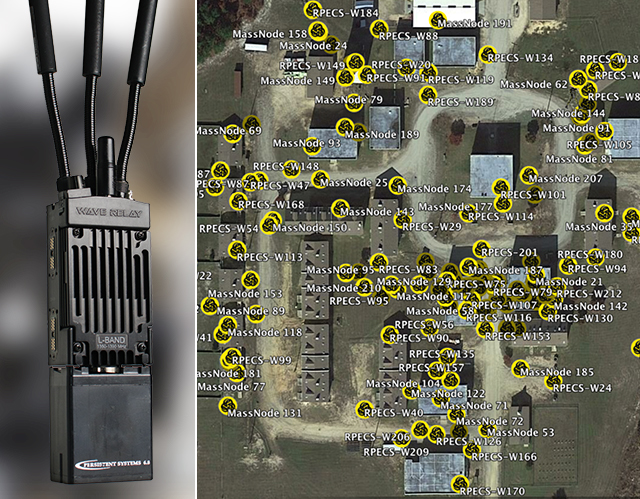 The MPU5 runs the Wave Relay® MANET routing protocol, allowing the radio to transmit and relay secure voice, video, text, and sensor data in a robust, peer-to-peer fashion—all without external communications infrastructure. It’s a capability that the U.S. Army has been looking for with its Brigade Combat Teams.

“The Army wants a MANET that can scale up to 250 mobile radios in a flat, layer-2 network,” said Herbert Rubens, founder and CEO of Persistent Systems. “However, such a network would exceed the capability of most other solutions currently available.”

By contrast, Persistent’s Wave Relay® was designed to achieve extremely high levels of scalability without any limitation on the number of nodes or routing hops permitted in the network. And the Fort Bragg demonstration—in which, 320 MPU5 radios, spread across 37 multi-story buildings including basement levels, communicated successfully on a single RF channel—proved this capability.

“Let’s be clear: A flat MANET network of this size has never been demonstrated by any other organization,” Rubens said. “We not only proved that it is possible to scale up to a 320-node, flat, layer-2 network, but that it works, and it works well.”

During the demonstration, the MPU5:

“Persistent has a reputation for advancing the state-of-the-art in scalable MANET technology,” Rubens said. “And we have proven that the MPU5 can deliver a tactical MANET network that scales beyond the Army’s requirements.”