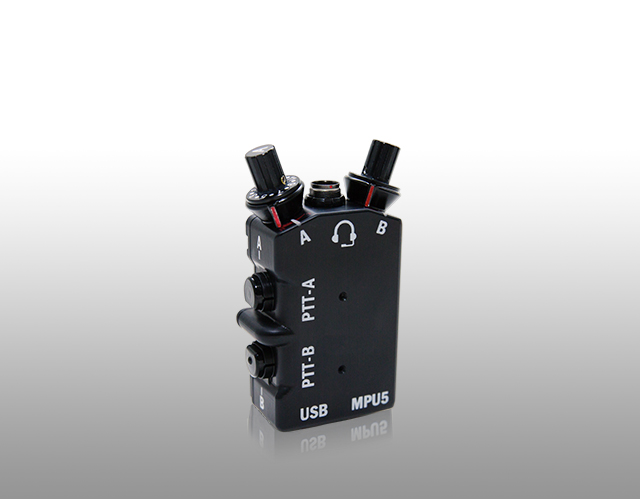 With the MPU5 and Dual PTT, a single MPU5 can communicate on two talk groups either independently (by pressing a single PTT button) or simultaneously (by pressing both PTT buttons). In the past, when a user needed to communicate with two different groups (channels) of users, that user needed to carry two separate Land Mobile Radios (LMRs). Therefore, the MPU5 and Dual PTT significantly reduces size, weight, power, and cost (SWaP-C) burdens on users.

This is possible because the MPU5 is an IP radio, where talk groups are multicast addresses, instead of an LMR radio, where channels are different RF frequencies.

“It used to be that a commander would have to carry a PRC-148 and a PRC-152,” said Brian Mcdonald, Field Operations Manager at Persistent. “Now the commander just carries the MPU5 and can use the Dual PTT to talk to both groups. Carrying one radio instead of two will both save money as well as reduce the load on the soldier, which is a major selling point with customers,” Mcdonald explained.

The Dual PTT also serves as the interface into the MPU5’s Radio over IP (RoIP) subsystem. Users can tether legacy LMR radio systems to the MPU5, and associate each of those radios with one of the 16 talk groups as a multicast address on the network. When an MPU5 user communicates on that talk group, the MPU5 “keys up” the LMR radio and transmits audio through it.

“For the warfighter, this means one can tether a TACSAT channel on a vehicle to the RoIP port on the MPU5 and talk on TACSAT from within a building or tunnel while carrying only an MPU5 and Dual PTT,” said Dr. Herbert Rubens, Founder and CEO of Persistent. “The MPU5’s RoIP capability is compatible with PRC-148s, PRC-152s, Tactical Satellite (TACSAT), Fires Net, Public Safety LMRs, or standard walkie-talkies, which means, for example, being able to talk to Command Net, Assault Net, Fires Net, etc. whenever it’s suddenly required by the mission.”

Persistent has begun accepting orders for the Dual PTT.