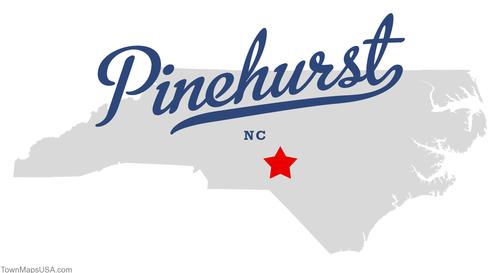 Persistent Systems LLC, a global technology company based in New York City, has opened its first satellite office in Pinehurst and will  showcase its networking capabilities across ground, vehicle and air during a demonstration next week.

Viewers will see video, voice and data moving across the network simultaneously and understand how the application can be replicated within “environments of interest,” whether they be in the defense or industrial sectors.

“It’s a networking radio technology that focuses on delivering video, data and voice into highly mobile, unpredictable situations,” said Adrien Robenhymer, the company’s vice president of business development and marketing. “It does it in a peer-to-peer capability. There are no towers or need for infrastructure.”

The demonstration will be held from 1 to 4 p.m. next Tuesday at the Persistent Systems office at 11 Village Club Court. The company currently has two local employees, but room for seven more in its 2,000-square-foot space, which also includes a conference room and research and development lab.

The company, founded in 2007, also has a research and development team that has designed wireless networking protocols to support the cutting-edge Wave Relay system and technology. Wave Relay is capable of running data, video, voice and other applications under the most difficult and unpredictable conditions.

For example, Robenhymer said the technology was used in the aftermath of Hurricane Sandy in 2012.

“Within four hours, we had a 10-mile bubble of communication,” he said. “It allowed us to connect numerous buildings that did not have power, ships in the port, and fixed installation points. We can connect all sorts of different things because we’re a network.”

Robenhymer said the company’s suite of products has been field-proven and utilized in commercial, military, government, industrial, agriculture, mining, oil and gas, robotics and unmanned systems.

“Unmanned systems is an emerging market,” he said. “We’re already doing it for the military. We’re heavily looking into the commercial aspects of unmanned systems.”

Robenhymer said the company chose Pinehurst over Fayetteville for its satellite office.

“We didn’t want to be considered a typical defense contractor,” he said. “We felt Pinehurst was a much better match for us. It gives us proximity to Fort Bragg, but also a flavor for the commercial side of the business.”

Robenhymer said the company plans to recruit employees from the retiring military pool at Fort Bragg, as well as the three major universities in the Triangle.

“Being close to the Research Triangle Park was also a factor,” he said.

Pat Corso, executive director of Moore County Partners in Progress, said Persistent Systems is the second defense contractor in the past few months to set up shop in the county.

“It’s indicative of the interest these kinds of companies have in locating in a desirable, high-quality community,” Corso said. “They pre-selected us, which points to the fact that companies are choosing to come here based on their own homework. This is a strong indicator of why we should be proactively marketing to that industry.”

Partners in Progress intends to do just that when it launches Moore Alive later this year. The digital marketing initiative is designed to attract new residents and companies to the county.

“If we’re getting two defense contractors without any effort on our part, think of what will happen for us when we actually proactively market ourselves,” Corso said. “Imagine what the possibilities are when we begin marketing to them directly.”